Cats have a reputation for being independent, even aloof. Although cat parents know that’s not so. A cat just knows what she wants and when she wants it.

Turns out that’s always been the case. About 8,000 years ago, cats saw an opportunity in the Fertile Crescent. And crafty little creatures they are, they took it.

Sure, cats have always been around. But when humans started farming, that’s when wild cats decided to introduce themselves to their human friends. First, new stores of grains started attracting some hungry critters: rats and mice. And who better to hunt down those disease-causing vermin than a wild bit of Fluffy.

Your home is my home.

Huh, thought early humans. These bob-eared, betailed little felines are kind of great — and pretty cute. Huh, thought early wild cats. These bob-eared, naked apes have cozy, warm houses — and they’re sort of cute. I might want to slow my roll and make nice if I want to take my proper place in front of the hearth. So cats weren’t trapped and trained by humans. Instead, they strolled their own way into our homes, and our hearts.

Once the cats made it onto the farm and into the house, it was only a matter of time before the useful kitties were taken on ships and trips. And thus the domestic cat spread across Asia, Europe and the Old World.

Tabby comes of age in the Middle Ages.

In a study published by Nature Ecology & Evolution, DNA samples from ancient Egyptian cats (thanks, mummified cats from the Cult of Bast), ancient Romanian cats and other old felines shows that little has changed from the wild cat to the cozy, cute domesticated kitty we know today. Just one thing: tabby cats, with their distinctive spots and stripes, only emerge during the Middle Ages. So if you think your own sweet little cat is getting a little wild, she probably is. It’s just in her nature.

Cats have always been totally bitchin’.

As we’ve said, felines have evolved little since they first took over our farms. Except for a short period of time when the evolution of style was quite pronounced: the mid-eighties. No need to go back in time; just join the Paw Points® Rewards program today, start earning points and redeem them for perhaps civilization’s most precious historical record and other totally awesome rewards.

7 Reasons You Should Adopt a Cat 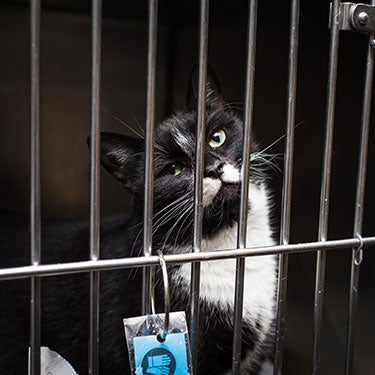 Get That Motor Running 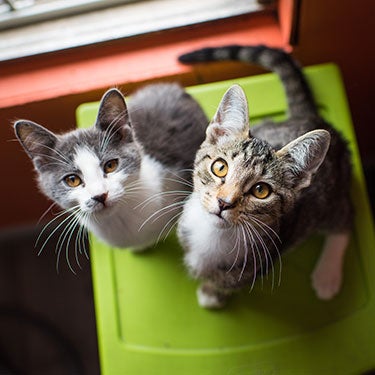 How to Adopt a Cat